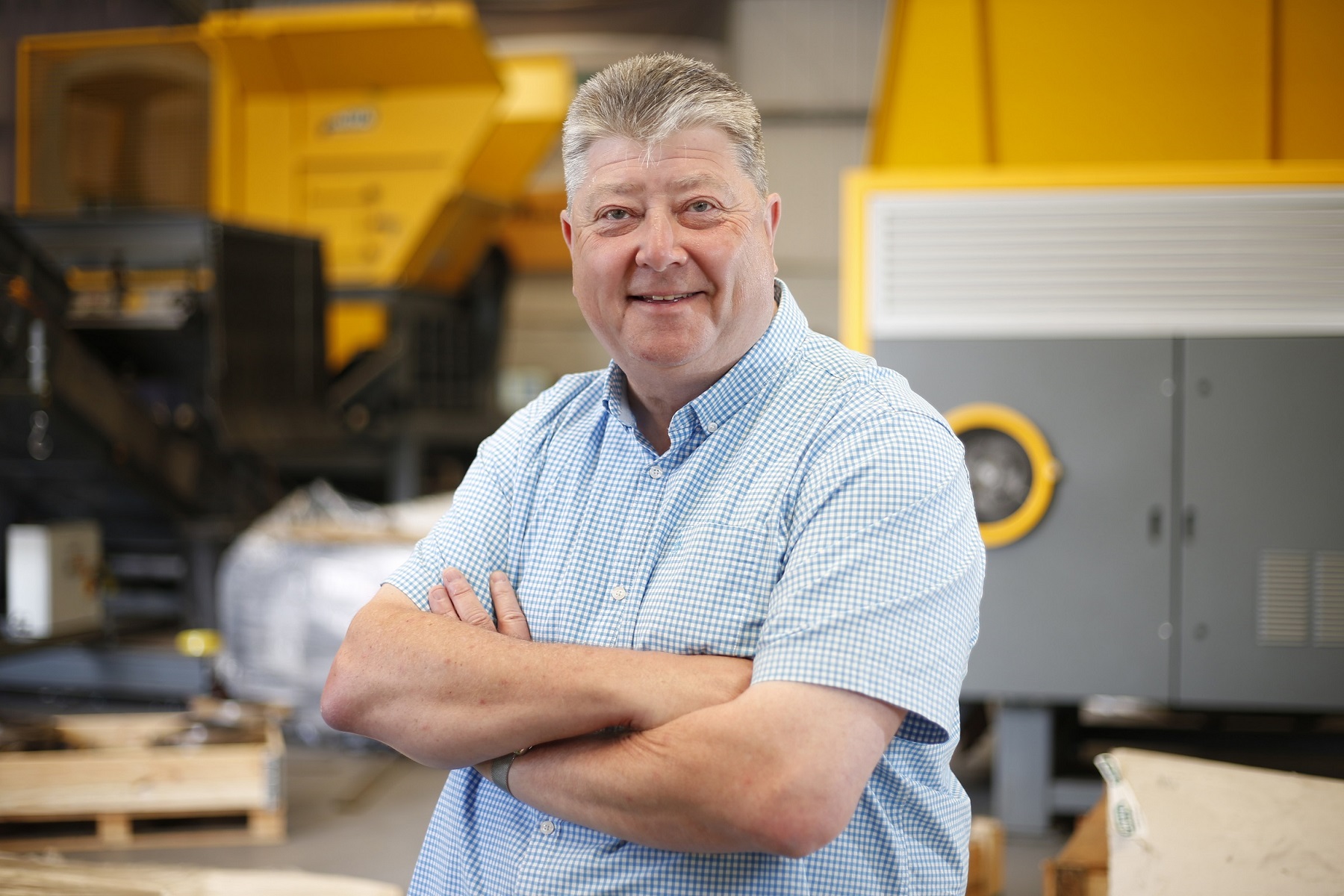 UNTHA UK’s sales director Gary Moore has been nominated for a prestigious award, in association with the Institute of Directors.

Having joined the business almost five and a half years ago, Gary was promoted to the board of UNTHA UK in 2018. Last year, he was also given the position of director of global business development, having taken on additional responsibilities for supporting clients in Australia and North America.

And now, he is waiting to hear if he’ll scoop the ultimate ‘director of the year’ title for Yorkshire and the North East, having been recognised for this high-profile accolade.

The entry process to date has delved into Gary’s approach to leadership, strategic planning, vision setting, colleague empowerment, personal development and much more.

“On the back of the nomination I was asked to submit a body of evidence outlining the contribution I have made to the industry throughout my career, and more specifically, of course, how I have committed to UNTHA UK since I became sales director two years ago,” he explains.

“But mine isn’t a one-person story. I’ve worked closely with UNTHA UK’s MD Marcus Brew, as we’ve pushed the company from an ambitious SME to an internationally recognised, enterprise level firm. And our business success, particularly within the last 18 months, is a testament to the hard work and commitment of the whole team.

“We’ve taken to the global stage at industry events, launched four new product sets in addition to our core shredding range, revolutionised the technological infrastructure of the business in readiness for an efficient scale up, and attracted some of the waste and recycling world’s most experienced talent.

“So, while I’m delighted to have been recognised for this IoD award, and however clichéd it may sound, it would be wrong for me to take all of the credit for what’s been a phenomenal period of growth for the company.”

All eyes are now on the IoD’s upcoming announcement to learn if Gary will pick up the trophy for the Yorkshire region. Watch this space…

COVID-19 is a time for the ‘waste’ industry to shine

Read the Full Story
Home | Latest News | UNTHA director nominated for IoD award
Don't miss out!
We use cookies to ensure that we give you the best experience on our website. If you continue to use this site we will assume that you are happy with it.Ok